Jenny and Victoria have been friends for over a decade now, bonded by a love of cake and of course, stories.

Jenny has an HND in media production, but ran away to sell toys and write novels after being expected to learn about the inside of televisions. Her short story ‘Daffodils’, included in this collection, was short-listed for Inscribe Media’s Global Short Story Competition 2013. 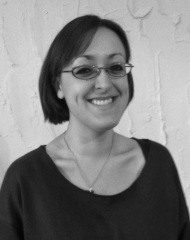 Victoria, meanwhile, has worked in and around books since her mid-teens; she devours books like biscuits and now wants to write them too – surprising. Her short story ‘Self-Portrait, in Charcoal and Tears’, also included in this collection, was short-listed for the Writers’ and Artists’ Yearbook Short Story Competition 2013.

Most of their stories are set in their fair city of Manchester, which they believe does not get enough literary credit. They both have brown hair and glasses, but are definitely not sisters – stop asking.